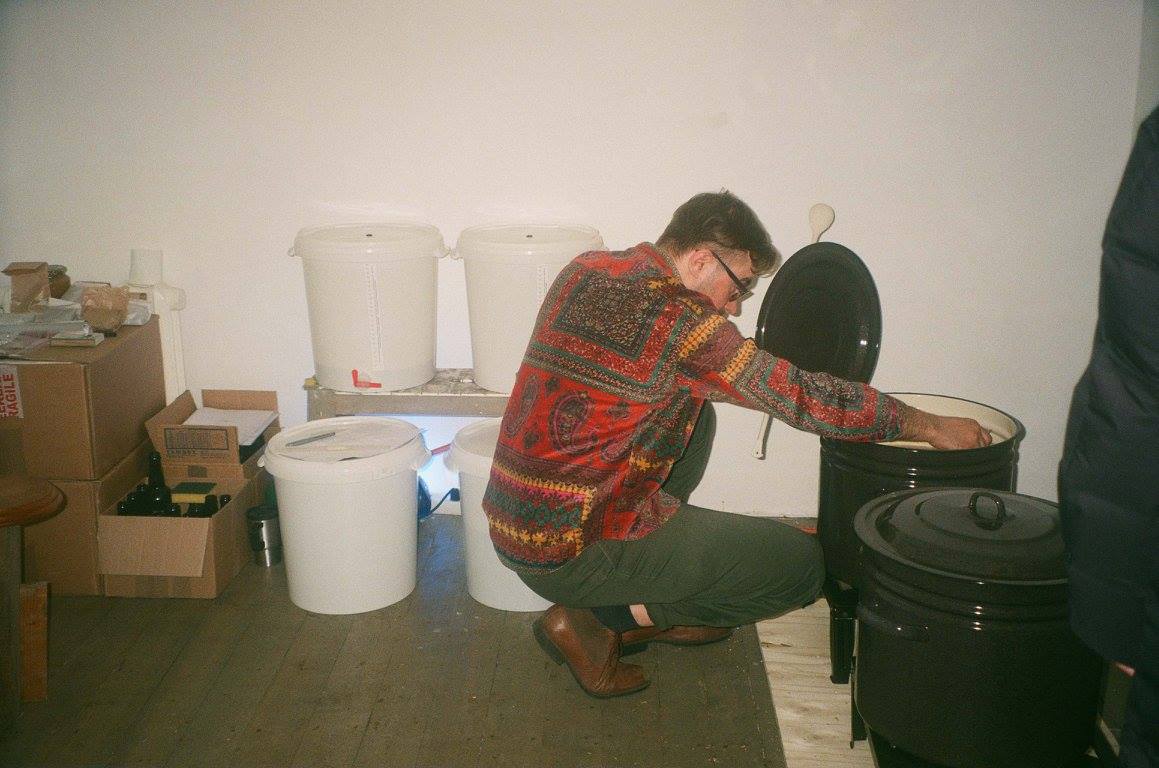 A month is a perfect time to brew a gruit of metaphysical investigation. 427 space will become a kitchen-incubator of fermentation and a stage of it’s manifestation trough the human bodies. There’s no accident, yeast will adapt to the new conditions of this particular space in the wobbly whirling universe. Also a play Beer Metaphysics: symposium of humans and microorganisms will be present as a source of liquid recipe and as a text on the tip of a tongue and/or mind. The nature of the characters in the play will be revealed during the processes of fermentation and spiritual transformation, thus the epopee, Dionysian pleasantry, metaphysical fisticuffs, can be experienced (not necessary, though).

Beer Metaphysics: symposium of humans and microorganisms. The first and only book of cosmogonic rumours – is a humorous demonstration of his research and methodology that pulls ideas around philosophy, science, fermentation, rituals, inebriation, and food into a vortex. Rather than merely cite and quote his research, the artist stages an increasingly drunken discussion between himself and a crowd of philosophers, scientists, and theoreticians. In the play, Burokas ventriloquizes, and is inhabited by, a strange constellation of characters who have all dealt with the properties of the clinamen in some way, including the philosophers Aristotle, Epicurus, Lucretius, Julia Annas, and Michel Serres, the scientists Henri Poincaré and Ilya Prigogine, and the composers and theorists John Rahn and Michel Dellvile, amongst many other voices.
– Post Brothers