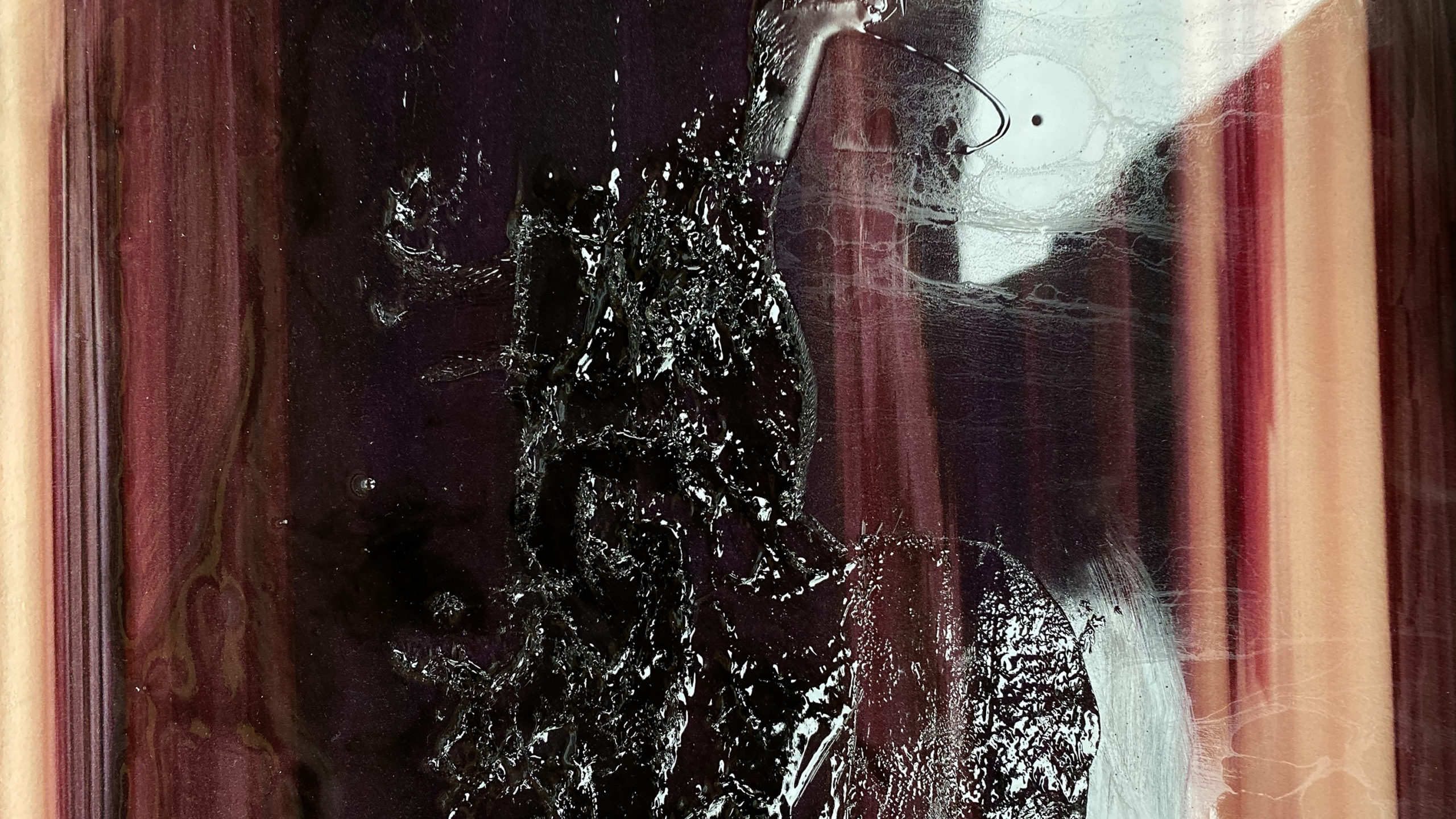 The show is part of NADA Miami 2020 Riga presentation in collaboration with Kim? and Low 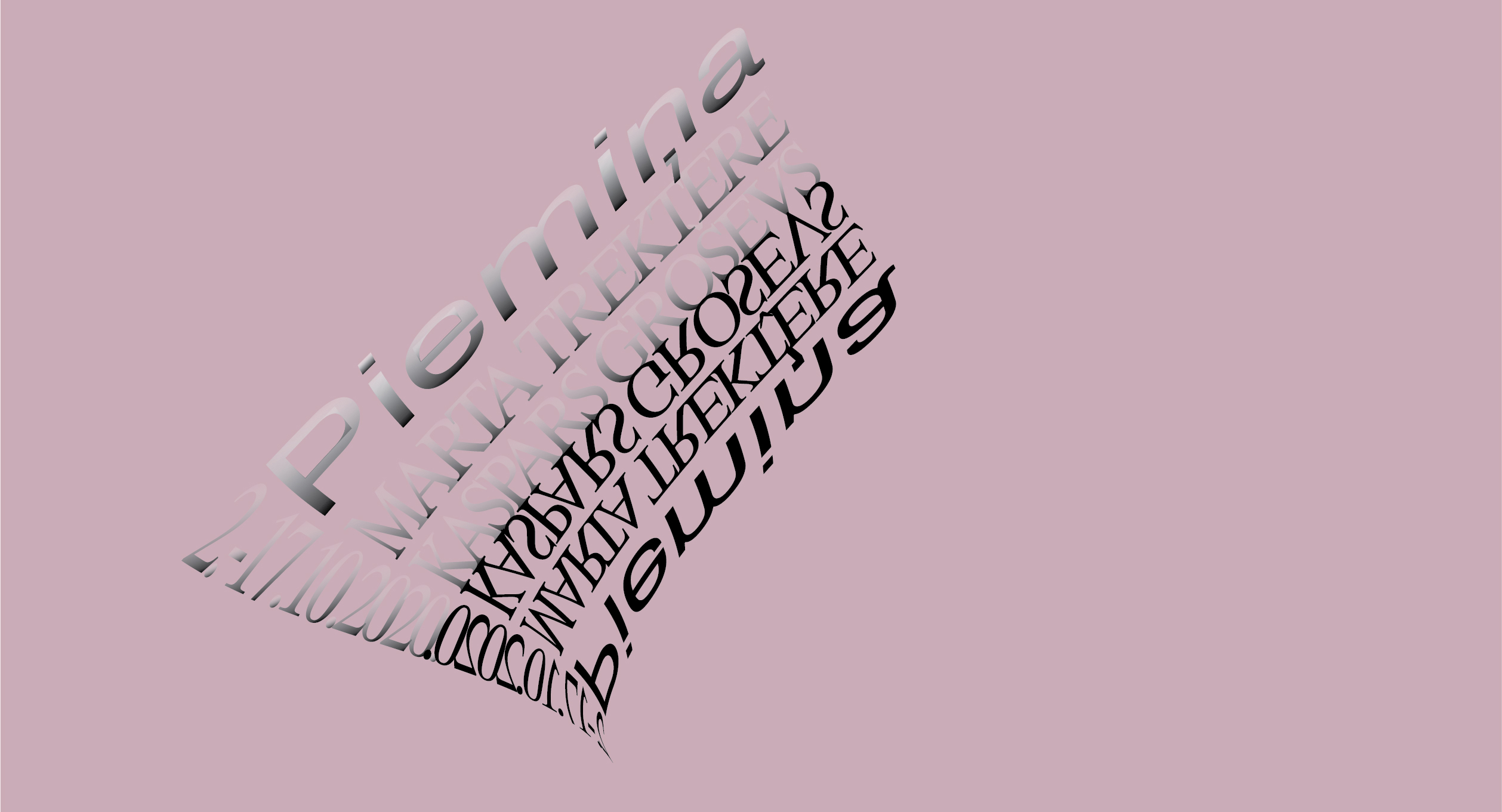 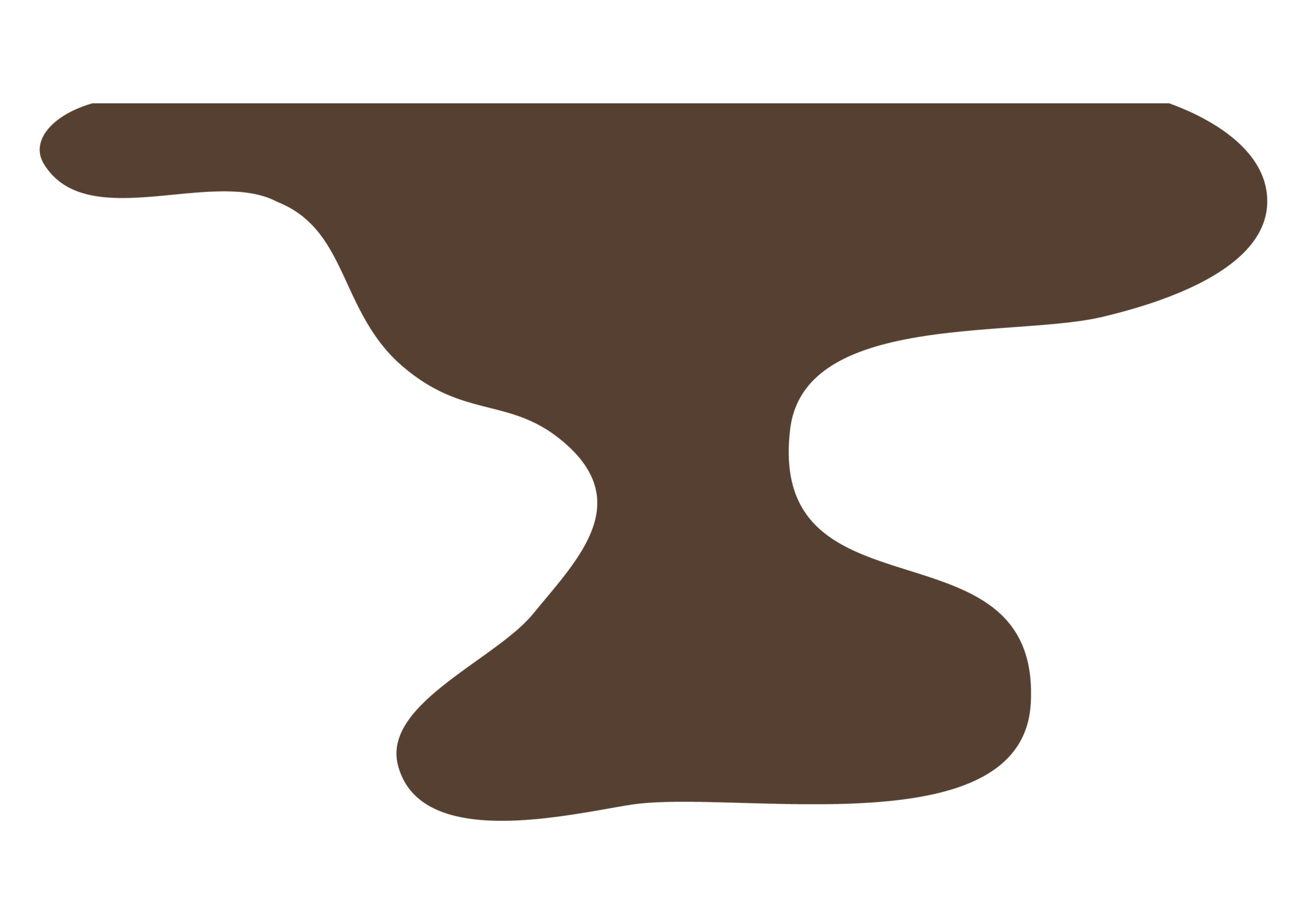 – Why don’t we ever eat from this plate?

– You don’t understand, there are things to gaze upon only with your eyes. This dish has long turned into a relief and we will never eat from it.

Anna Ceipe graduated from the Department of Visual Communication at The Art Academy of Latvia in 2016, and has also studied in The Royal Academy of Fine Arts (KASK) in Belgium. Since 2011 she has been participating in exhibitions in Latvia as well as outside of it. Her most notable projects include her solo-exhibition „Seeking oasis” at LOW gallery (2018), group exhibitions “Serial solutions (Banalaics)” at Riga Circus elephant stables (2020), „Melos” at Exhibition hall Arsenāls (2019) and „State of Contemplation” at Riga Art Space (2016), and participation in the exhibition „Never ending journey, invisible island” at K. K. Fon Stricka villa (2016). 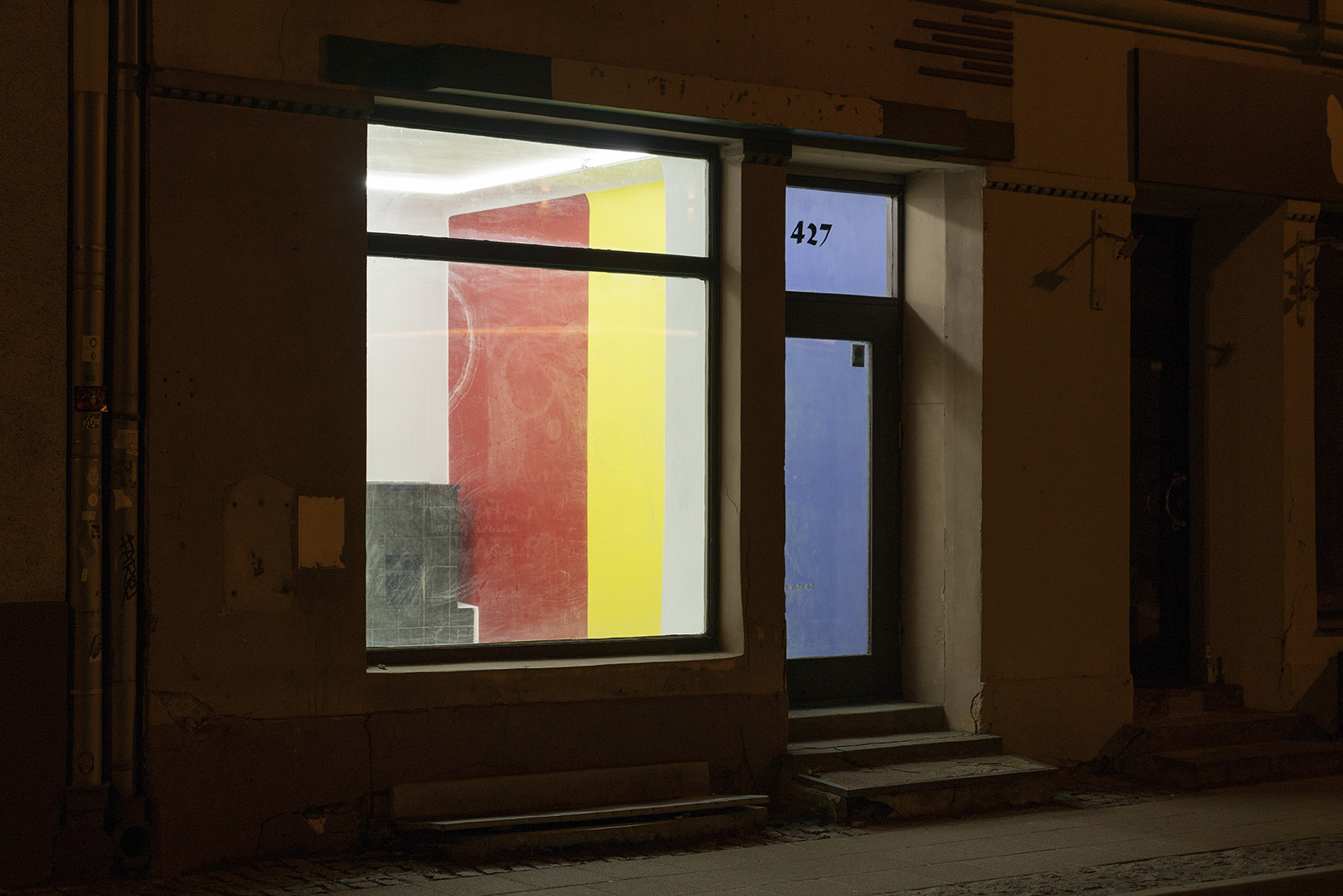 In remote self-isolation in the countryside, where books have stayed in the city’s bookshelves and I don’t wish to use the internet, without small shell-shaped madeleine cakes to soak in tea made of linden flowers that aren’t even picked yet, I try—from what has been left at my memory’s disposal—to assemble a mosaic: one of the many possible portraits of LeWitt.

1. White quadratic bone-like structures, but also wavy lines and bright coloured areas; drawings, drawings; and drawings that—following instructions—are executed by others interpreting the unexpressed (and inexpressible); black-and-white masked colouring-in clock design and the synagogue project; studies and notes as ready artworks; and solid, substantial, open-air sculptures / structures / “special objects”. These pieces of mosaic are too trivial and already worn out (pale and colourless).

2. I’ll start again: “when an artist learns their craft too well, they make slick art”—LeWitt’s 34th sentence on conceptual art (1968). Ingūna Skuja once said that for ceramists, “slick” is a positive, even praiseworthy quality, though that only points out that the grammar of the new art’s language is transgressive, breaking past laws, and “theatrical”, as Michael Fried would have said (and did so in 1967).

3. Structures just like structuralist structuralism and post-structuralism, “even though not completely dead”, are left in the past. Even if the new virus will create “structural changes”— a phrase that politicians have tediously worn out—then the basis of its consequences include shortness of breath and pulmonary edema forming in a human body. What is bodily in LeWitt’s structures and drawings?

4. Fragmentation. The Primary Structures exhibition opened at the Jewish Museum in New York on 26 April, 1966. In the small gallery eight (a former library whose neo-Gothic details were covered with black drapery), next to Walter De Maria’s literally caged ‘Cage’ (a work made from thin metal bars), was LeWitt’s cubic structure of 3 x 3 x 3 cubes, which would have been understood as secluded and self-sufficient—like a hedgehog—by the Jena Romanticists: “A fragment, like a miniature work of art, has to be entirely isolated from the surrounding world and be complete in itself like a hedgehog” (Friedrich Schlegel’s Athenaeum Fragment, 206). It was self-sufficient, and as if tuned out, for a moment, from the surrounding ecosystem (hedgehog), a case of art being from the global art world.

5. Even though the body stays here in the metaphor of the romantic that was Schlegel, in the context of LeWitt’s works, it wasn’t only a spectator’s body (and mind) that was needed to give meaning and scale to his processual structures and ideas, but in the moment, it’s the alienation of each one—an alienation from the seemingly organic unity that “late” (global and what not) capitalism is trying to present as instinctively inevitable, while simultaneously becoming fragmented but comprehensible, and able to be implemented, albeit at your home on an empty wall: a LeWitt drawing (tell them you’re in quarantine and the copyright agency won’t enter your room…).

6. But is there anything that I can’t instantly remember about LeWitt? What to fantasize about? Look, a shred of memory—he had a short text about the form of a ziggurat which—switching to city planning—would furthermore be better than the common skyscraper in New York (LeWitt had used ziggurat forms in several of his works). In some utopian past scenario, these kinds of skyscrapers wouldn’t be hit by airplanes (it wouldn’t be so effective and easy), and we would be spared from the bothersome airport control system (but it’s not important—now we will travel less, and hike more around our homelands, besides which there will be less air pollution). Such a number of towers of Babel would most likely confuse god, and they could cancel the Great Flood, initiated via global warming; the mix-up of languages would be reanimated with the help of some super-google-translate system, because all the small and dying languages, such as Latvian and others, would become intelligible, and we would get rid of the emaciated lingua franca, the crippled English.

7. I remember lectures with quotes of memories of Adrian Piper—how she and Sol were ecstatic about Beckett—dialogues and situations without context (another “hedgehog-ist”) that fits so well with the unrepresentative literalism of the visual forms of minimalism. Every now and then, I have tried different texts by Beckett imagining examples of what they could have read, but in my opinion, the diagram with a slight time shift tracking the unsuccessful meetings of Mercier and Camier is still the best—these ridiculously absurd protagonists who share the name of the novel are immortal because they find it almost impossible to meet and… get infected (to tell the truth, I must admit that by stubbornly repeating their arrival, waiting for five minutes, going for a walk, returning and so on, they do meet after 45 minutes).

8. Literature. I rifle through the book shelf at the country house in Latgale looking for inspiration, until I find the unread Old Curiosity Shop by Dickens as a Russian translation. From the first pages, I meet the gaze of a collector type, as if described by Walter Benjamin: “There were suits of mail standing like ghosts in armour here and there; fantastic carvings brought from monkish cloisters; rusty weapons of various kinds; distorted figures in china and wood and iron and ivory; tapestry and strange furniture that might have been designed in dreams.”

9. Lines that haven’t been seen even in dreams—if perhaps credited to some mad mathematician—is what someone might say about LeWitt’s drawings. Isn’t this the right time to look into your attic, in an old closet, at forgotten childhood memories, to turn to never before noticed people? Could it be a vocabulary for the new art whose grammar is yet to be found (or, whose grammar is only coming into being)? And could this young and unpredictably diverse art vocabulary—let’s indulge in the positive impulse, hidden in utopia—be the one whose influence will contort or knock down the ruling consumerist attitude and the critical art discourse, partly servicing it, and partly battling it?

Love to Katie Lenanton!
Very special thanks to Sofia LeWitt! 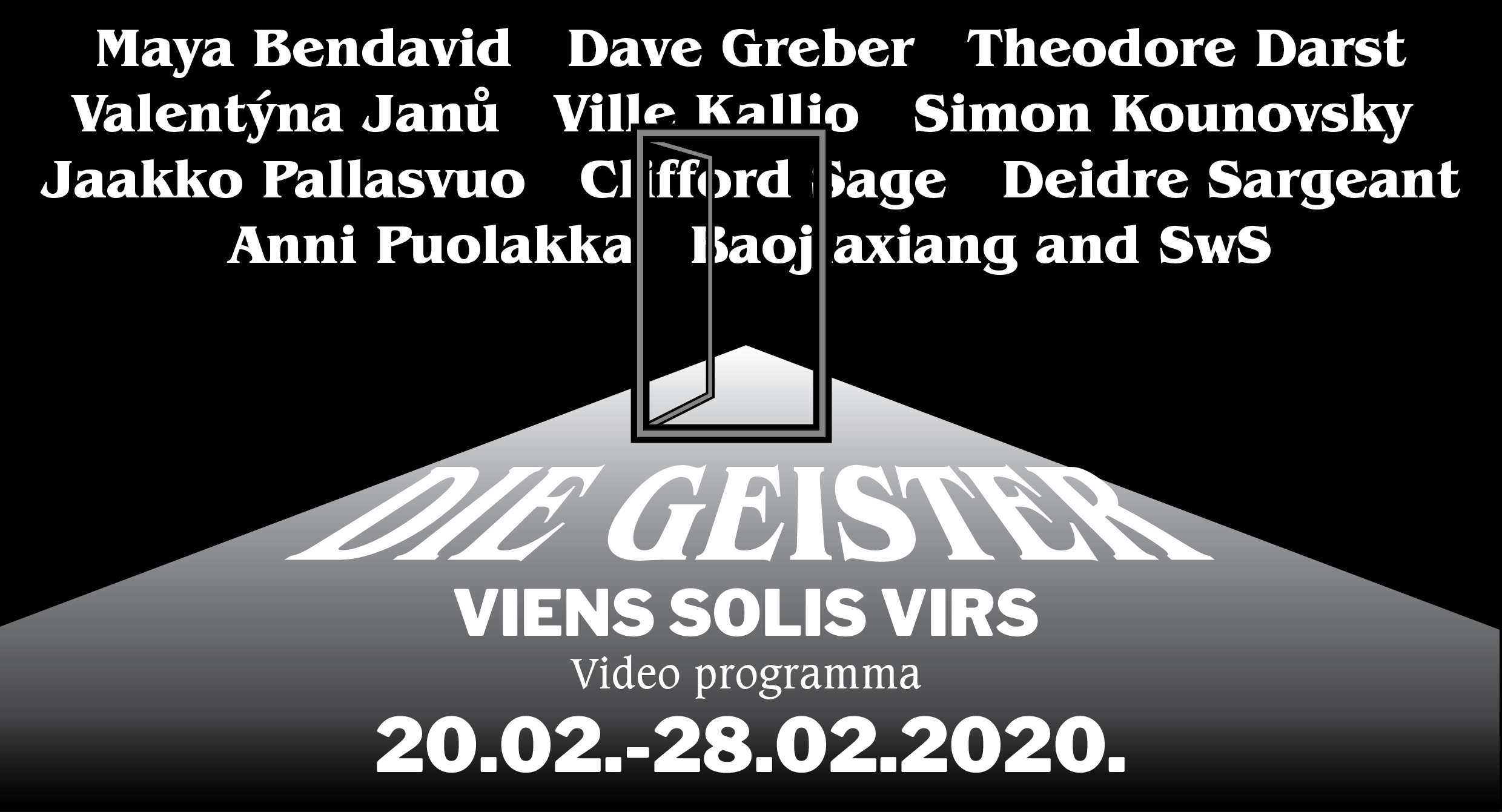 This highway goes one step beyond heaven. Stomps the weight of boulders. Breathy quadraphonic howls, you find yourself in fantazia while trying to grasp figureless haze in all colors imaginable. As a drip of sweat tickles the tip of your nose you start to see a color you never thought existed. You’ve become a sorcerer’s apprentice.

The Sorcerer’s Apprentice was a segment in Disney’s feature-length cartoon Fantasia (1940). The part where Mickey Mouse is an apprentice to a sorcerer and fools around with magic tricks is based on Goethe’s poem “Der Zauberlehrling”. The lines in which the apprentice implores the returning sorcerer to help him with the mess he created have turned into a cliché, especially the line Die Geister, die ich rief (“The spirits that I called”), a garbled version of one of Goethe’s lines (Die ich rief, die Geister, / Werd’ ich nun nicht los), which is often used to describe someone who summons help or allies that the individual cannot control, especially in politics. Or raves.