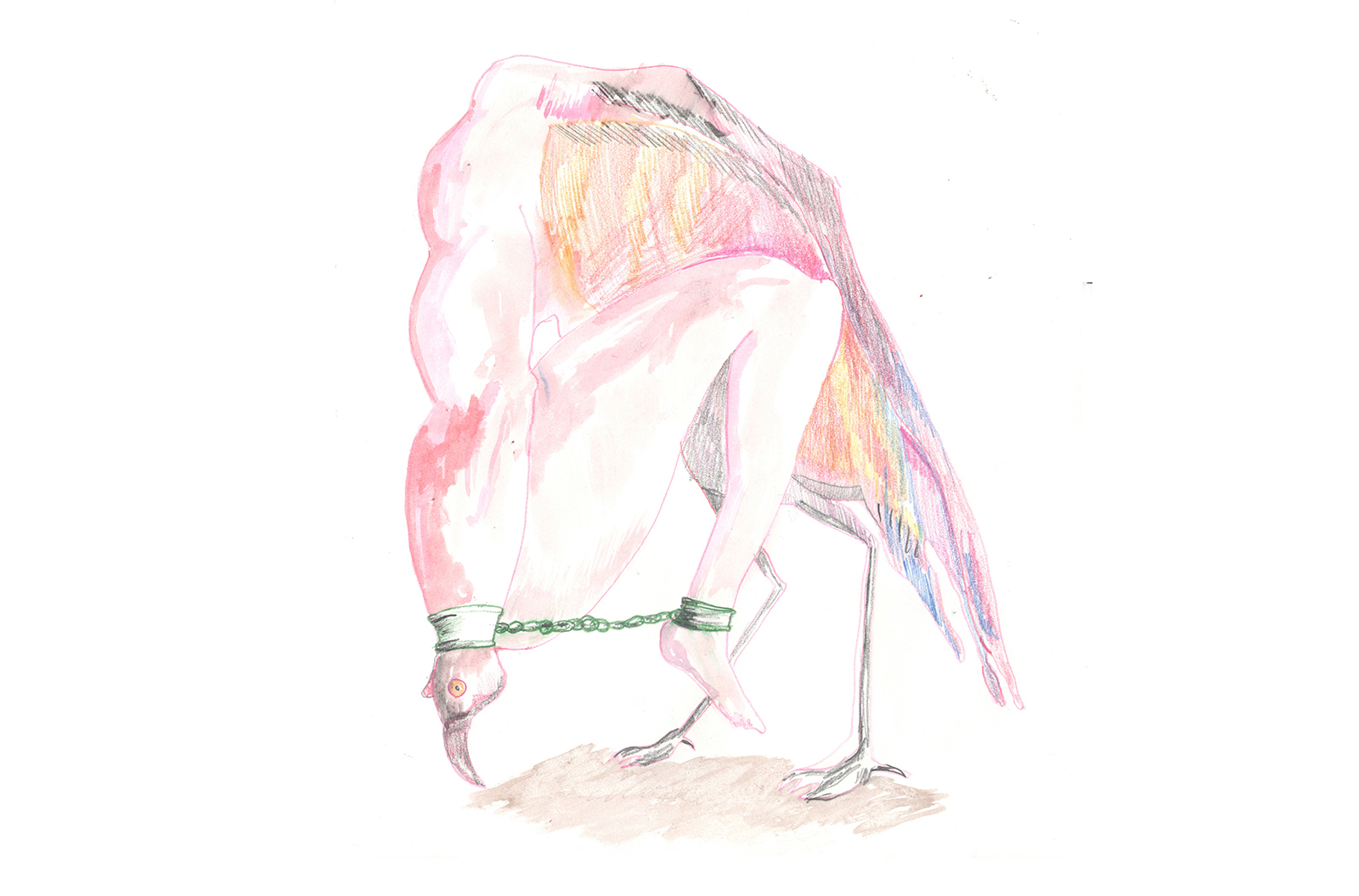 Princess PomPom in the Villa of Falling Flowers presents itself as a dramatic exhaustion to the 427 gallery space. The narrative of the classic piece of Japanese Literature Genji Monogatari – The Tale of Prince Genji is being introduced as an environment study who’s protagonists are all equally degenderized and presented as an oversized scroll painting.

At the windows of the room cloudy character studies made of string hang from the ceiling. Gallery visitors are invited to enter the story through texture and not through text.

In collaboration with Kim? Contemporary Art Centre as a part of the project „Slash”.

The exhibition “Slash: In Between the Normative and the Fantasy” (curator: Kaspars Vanags) is the first time a public art institution in Latvia is turning towards “slashes” among contemporary art expression. More than 20 years had to pass since the decriminalization of homosexuality for such an exhibition, influenced by the digitalisation of personal life, to be possible – borrowing from the open-source mentality. The other, here, isn’t juxtaposed to the norm as something locked in the solitude of an individual strangeness or an impossible taboo, but as an awareness of an essentially recognizable, reachable, and modifiable aspect of personal identity.